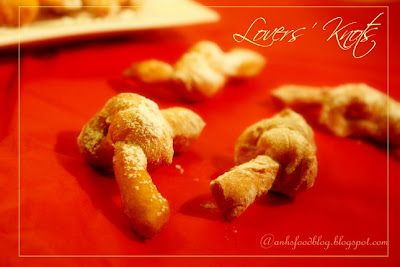 Soon after Meeta from What´s for lunch honey announced the theme for her Monthly Mingle as Sweet Love, unexpected news arrived – one of my best friends from school days was getting married! Filled with joy, I would love to dedicate this post to the newly wed….

My dearest Thu is married! How strange to think about that? It feels like just yesterday when we were studying together, traveling around with our bicycles, gossiping, and laughing young and free. I still remember us talking about being an independent and successful woman. We even thought marriage would not come in until the age of 25 or 26. But at the time, none of us knew about a little thing called love. 5-7 years later, love came and changed us with its charm. Mine is in the form of a Singaporean import, and Thu, she has found the man of her life, ! 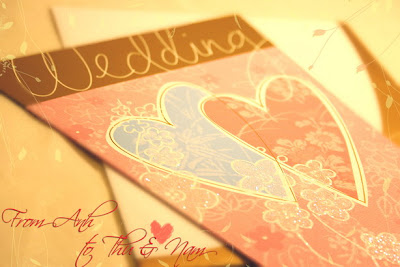 Unable to attend their wedding, I posted a little wedding card and made these little Lovers´ Knots as a “distant gift”. 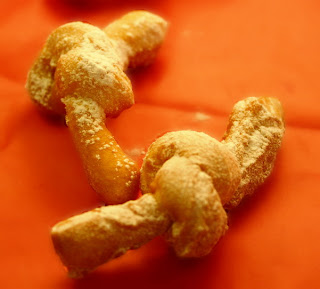 “Legend has it that the Dutch sailors tied this knot to remind them of their loved ones during their ocean voyages in the 16th century. The two intertwining overhand knots symbolize two intertwined lovers.” – Wikipedia

As my two friends tied the knot, I hope they will find happiness, support and enduring love in each other. And my dear Thu, take care in your new role of being a wife! “R